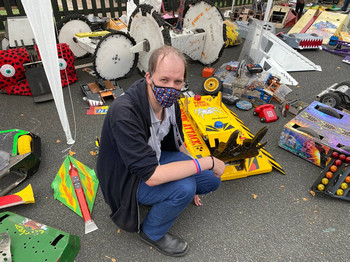 Hello all, this is your narrator.

I can pop anywhere as you no doubt gathered by now, as long as work, weather and domestic commitments will allow for all sorts of workings from the run-of-the-mill freight trains to one-off moves , but mostly I can be seen out for the railtours.

Now a little bit about myself.

As well as the railway my other interests are playing computer games such as Train Simulator 2017 and War Thunder. I tend also to play old game from my childhood like Super Mario and Spyro the Dragon to name a few. Another interest is playing Darts and who knows in years to come I could be at the Lakside. So as you can see am not just a one trick pony.