Thank you for your patience while we retrieve your images.

After more than 40 years of service on the East Coast route, the age of the InterCity 125 High Speed Train has ended as the new satsuma trains gradually take over.

To mark the end of an era, LNER restored an InterCity 125 set to its original British Rail livery to undertaking a special four-day tour around the LNER network. On day four the set heads south around the brend at Grantham with the final trip to London from Leeds.

43112 & 43006 carring their pre TOPS numbers are seen working the 11:01 1Z43 from Leeds to London’s KX.
Please note that all photographs contained on this website are the sole copyright of myself and may not be copied 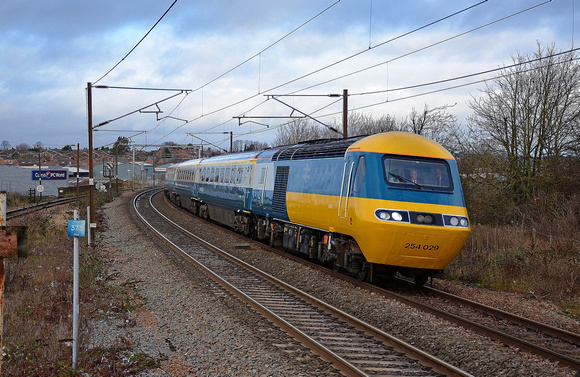